One way of getting rid of the snowflakes and knee merchants.
U 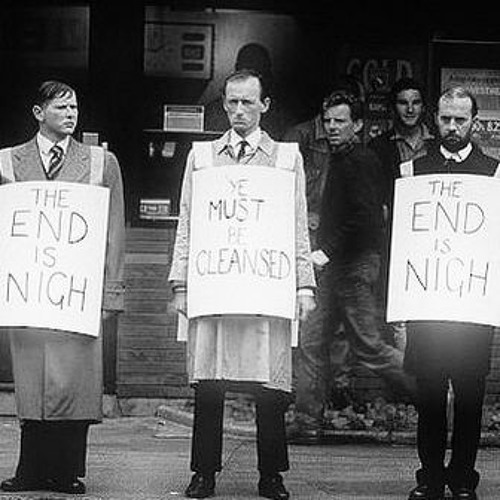 Dont worry Joe will sort it all out
B

Wondered where my placards went
L

The Russians are broke so need to keep up the noise, the Chinese smell weakness and with Joe and his carers compromised by both China and the Ukraine it could get interesting.

I would never normally underestimate the U.K. military but sadly with only a total of 145,000 personnel and mainly decrepit equipment we are now a Fulham of the premiership.

Can you imagine the reaction by the majority of woke millennial’s or the dual passport diverse minorities if they were called up, most would get Mummy to send in a sick note and the others handing back their British passports and fleeing to there ancestral lands.

Lets hope their some divine intervention before it comes to that, Happy Easter !
Last edited: Apr 5, 2021

I personally think if the Russians and Chinese have joined forces, they will walk all over the west now. Europe is fucked with millions of no hope enemies within, who will cause all our forces problems from within, and they won't be fighting for us. The USA is now showing incredible weakness with a retard and old slapper in charge who are totally clueless. The west are stuck being wokey and dopey whilst we are being invaded. Its more important discussing some racist issue whilst the enemy are coming through the door. Remember the Iraq general saying there isn't a problem whilst the explosions were going on behind him. That will be Biden and Boris soon. We act and behave in this dopey weak manner and we will pay for it. We should be worried with army, navy and air force numbers down.
L

Beaufoyboy said:
Along comes war, Russia will steam into Ukraine by early may, starting a European war and maybe a world war
Click to expand...

Don’t worry the EU have their own Army in the making because they “wanted to show Russia they mean business” - they may get their chance.

War is a thing of the past. It’s now all down to technology.

Russia can invade who they like, but it won’t be anyone with an army or airforce. They are bullies and will pick on the eastern block if anything. As for China, don’t make me laugh. They couldn’t invade their own backyard. An army with as much experience as an 18yr old Hooker.

Take a look at the Chinese investments in the past 10 years and whereabouts in the world their banks are handing loans to. They aren’t in a position to start invading countries, believe me.

Some of the bollx on here astounds me.

T28ColdBlowLion said:
Russian subs also went up and down our East coastline apparently practice run for war against us and one of their intentions allegedly is to cut all our internet cables on the seabed

Are you sure it wasn't Paris on a test drive.?

Ulster Lion said:
Are you sure it wasn't Paris on a test drive.?
Click to expand...